At the age of 19, he broke the World Record for UNDERWATER ESCAPE when he escaped from a box in which he was sealed and thrown in the river Narmada at Jabalpur!

At the age of 22, he rode a 250cc motorcycle BLINDFOLDED, from Indore to Bhopal, a distance of 200 kilometers in just under 180 minutes, creating another World Record in the process!

Magic of the cast by World Organisation of Magician

Anand’s talents and achievements were duly recognized in all the advanced countries of the world. He has performed more than 36000 shows in more than 36 countries of the Americas, Europe, Asia, Australia and Africa which itself is a World Record for maximum number of shows performed by any magician ever! This man, Anand, is Indian Magic personified in the eyes of the World.

National President of All India Magic Federation, Anand is seen by the fraternity as the last hope for the dying art of magic. 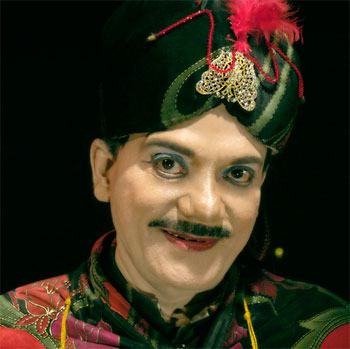 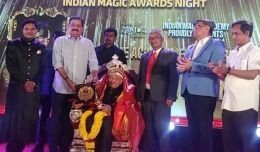 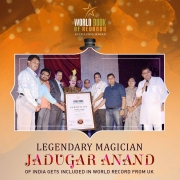 World Record For Having Maximum Magic Shows (36000) In 36 Countries Across The World. 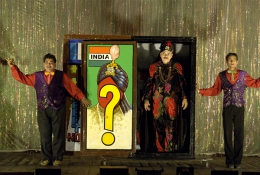 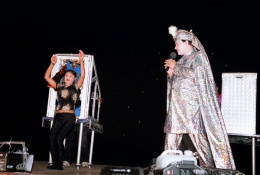 Awarded By : All India Magic Federation